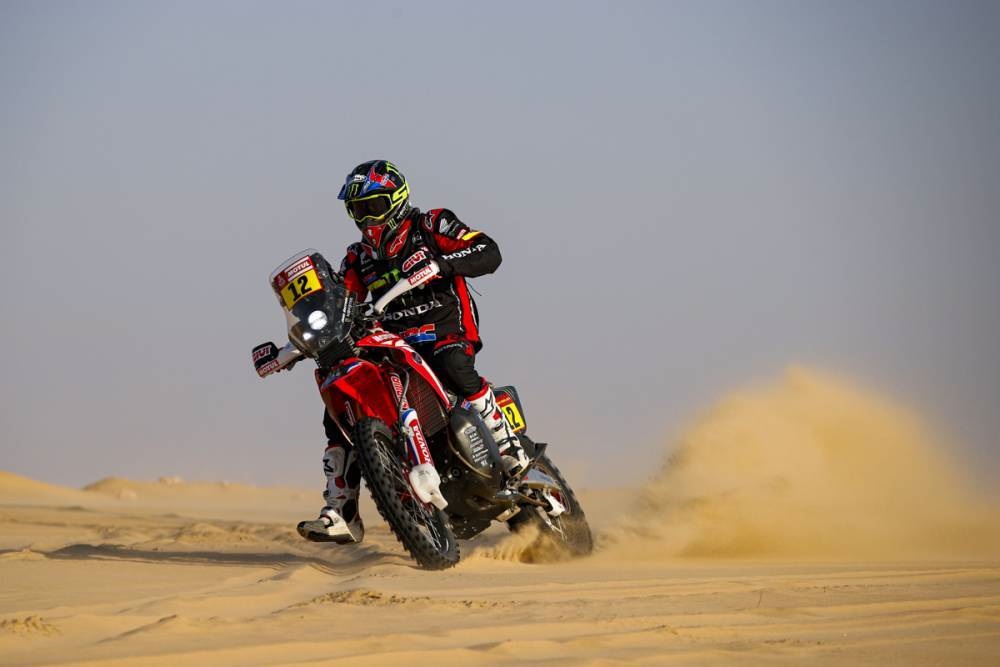 After the tragic loss of Paulo Goncalves race control cancelled stage 8 for bikes and quads. Yesterday the greatest adventure resumed from stage 9. There was no surprise or any dramatic change in the leader board. Pablo Quintanilla won yesterdays stage and reduced the difference with Brabec but not much.

Today’s story came with the wind. The stage had shortened due to extreme weather conditions by race control. Quads and Bikes categories halted after 345 KM into the specials because of strong winds and riders returned to marathon biouvac.

Despite the negativeness of the day Honda riders had an absolute beautiful day with a triple. Three Honda’s came in P1, P2 and P3 but furthermore they are all strong for a turn in the sport’s history as we are heading into the last two stages. Ricky Brabec must be enjoying a comfortable lead, or is he?

To freshen our memories last year Ricky was leading the overall after stage 7 (10 stages total) and he had a nonrecoverable engine failure that cost him profoundly with a forced retirement at stage 8. This year though is slightly different and the odds are likely to be in favor for Ricky Brabec. We are only two days and 1191 KM away from the finish line, 753 of which is special stage in total.

Toby Price “ Stage 10 – 4th, Overall Standings – 4th, 0:28:33 from the leader. Today’s stage was cut short due to safety reasons, there were a lot of drops throughout the course and I guess when we’re all traveling at such high speeds they do catch you out, I hope there were no serious injuries today and wishing those injured competitors a fast recovery! The cancellation of today’s stage has made it that much tougher for us to make up the time we needed, I was hoping to start a little further back tomorrow to make up that time but unfortunately that won’t be happening. We’re still in this race and aiming to get to the finish line strong!”