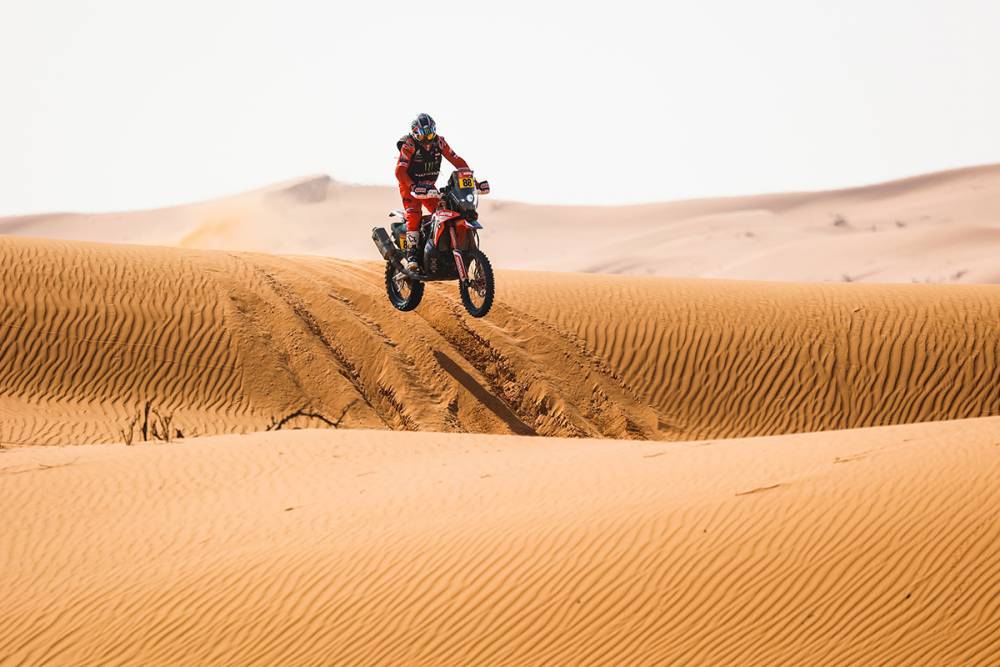 Stage 6 was a 518KM route from Al Qaisumah to Ha’il, 348 KM of which was competitive stage.

The first news of the day was shortening the special. The decision was made by rally officials following the difficulties of finishing Yesterday’s special by many riders. Which was originally planned to be a 448 KM special shortened by 100 KM.

Stage 5 winner Kevin Benavides opened the stage for the day with a broken nose and an injured ankle. With these burdens on his shoulder the Argentinean managed to brought his Honda to the finish with P17. He trailed off 9’53” from the stage winner and now holds P2 in general.

Joan Barreda, one of the most suffered from yesterday, had a brilliant ride. The Spaniard competed very closely with Toby Price and the lead went back and forth but he stood strong enough to get his 27th career Dakar stage win. He finished today’s special in 3H45’27”.

Toby Price was fast and in the leading group with Barreda and Ross Branch early in the stage but it turned out that he came in with P7 by trailing 3’54” off the stage leader. With this P7, the Aussie climbed on top of the general classification.

Ross Branch came in P2 and Daniel Sunders P3 for the day.

Dakar rally reached to the half way point and Tomorrow is the rest day. All teams and competitors will enjoy one day pause in Ha’il and Dakar will resume on Sunday with Stage 7.

Retirements of the day;

Yamaha rider Jamie McCanney exited the race due to a technical problem. Rookies Mohammed Jaffar, Lorenzo Piolini as well as Davide Cominardi also feature on the list of absentees this morning.

Toby Price “Today they cut 100km off the stage which helped a bit, the pace was crazy. 7th in Stage & in the lead overall. We’re in the fight and anything can happen, there’s a long way to go! Rest day tomorrow so will try and regather for the rest of the Rally.”

Jose Ignacio Cornejo “P11 on Stage 6 and we remain 3rd in the Overall, less than 3 minutes from the lead. Today we had a hard job with my teammate Kevin. Opening the track in a stage with only sand and dunes, but we got ahead very well, losing a few minutes. Tomorrow we have a rest day so it’s time to recharge the batteries for the last 6 days of the race.” 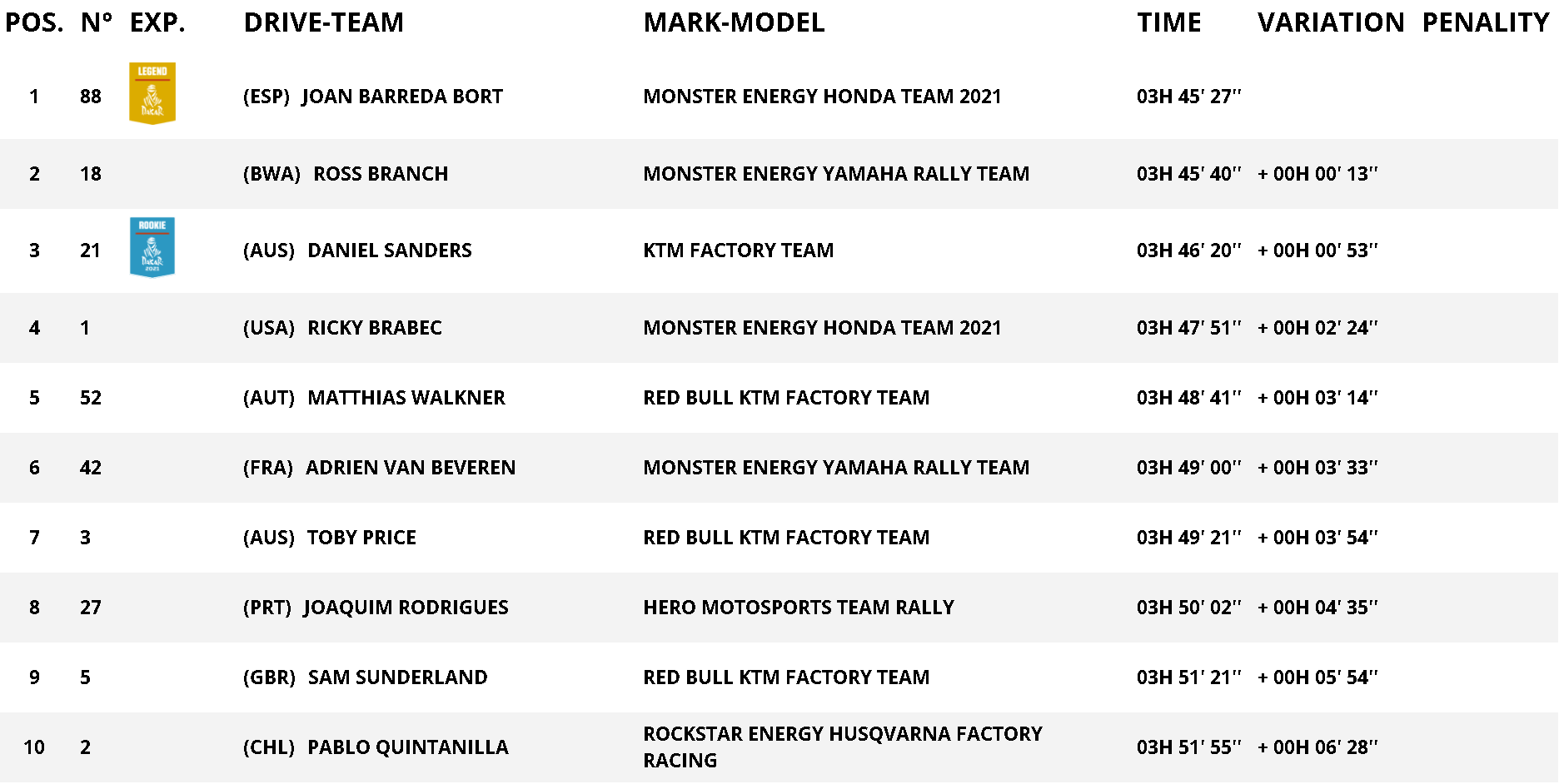 Ps. Stage 6 Highlights will be updated into the article as soon as it is published.

BENAVIDES WINS THE STAGE DESPITE A CRASH