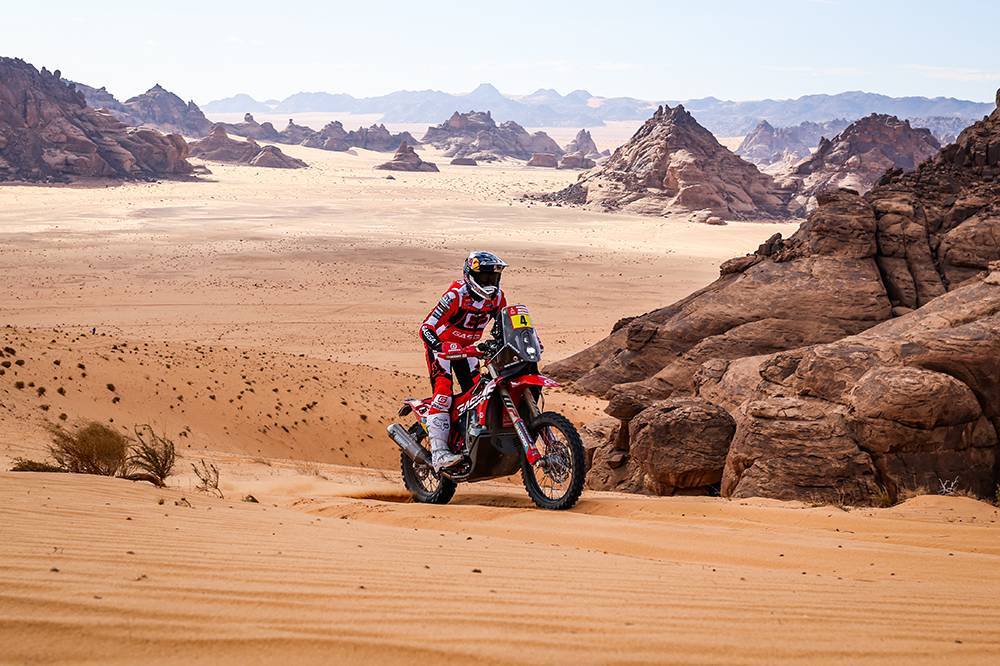 Today’s loop stage 1B was a 514km route from Hail, 333 of which was competitive. This was also the first ever real deal of the 44th edition after yesterdays warm up qualification.

The day was pretty much under control of Daniel Sanders. The Australian choose to start as far back as possible in order not to face the opening struggle of a new special. The strategy didn’t seemed to pay of early in the stage but after passing the first neutralization at km 207 he was on top 46′ before his team mate Sam Sunderland. 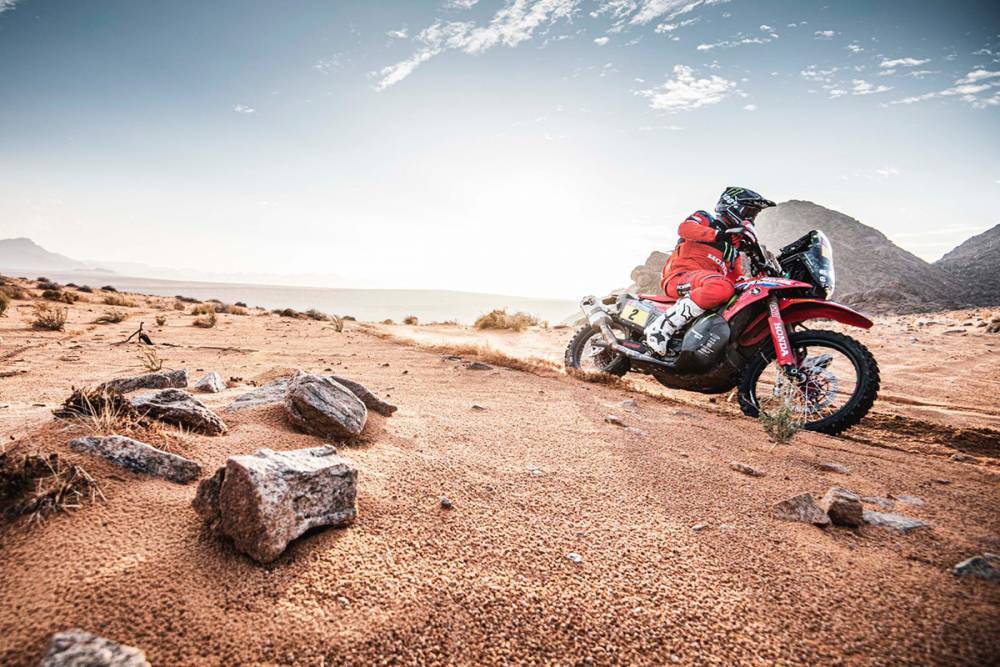 2020 winner Ricky Brabec and his teammate Joan Barreda Bort had a lightning start into the special and scored the fastest times back to back at the first way point but didn’t go well from that. The damage that left from todays stage was not something unrecoverable but ending up falling 1h behind must have hurt the 2020 champion.

Their fellow teammate, Pablo Quintanilla, on the other hand got his second consecutive P2. Chilean now holds the P2 overall with just 3′ 07″ behind Sanders. 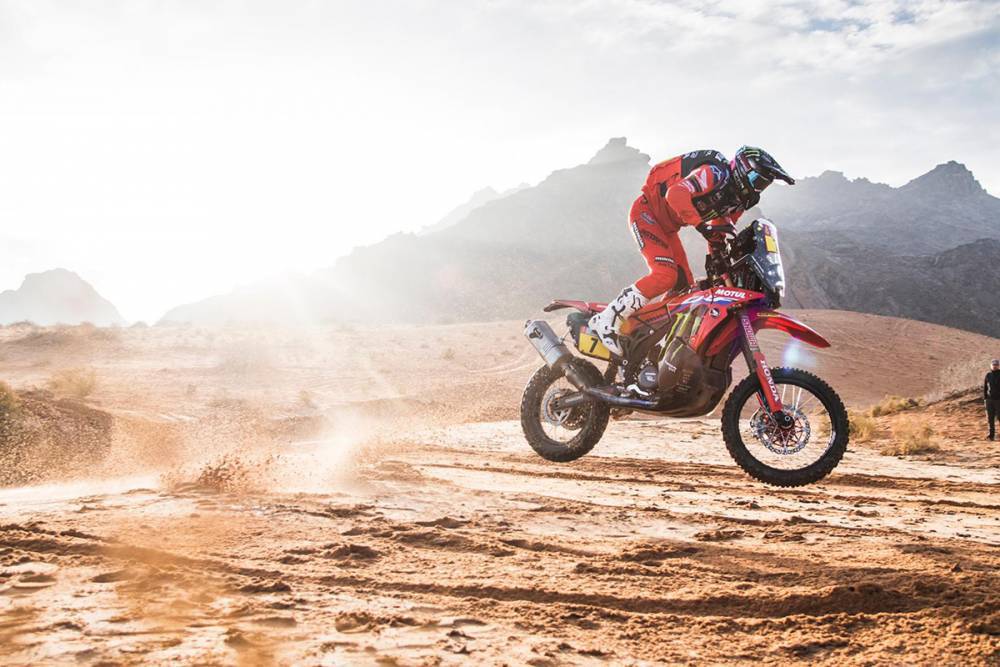 Matthias Walkner completed the top 3 of the overall after stage 1B and he is followed by Yamaha’s Adrien Van Beveren.

Defending champion Kevin Max Benavides is also having a hard time to catch his rhythm. The Argentinean is now sitting in P14 overall and the gap to the leader is 36′ 22″. 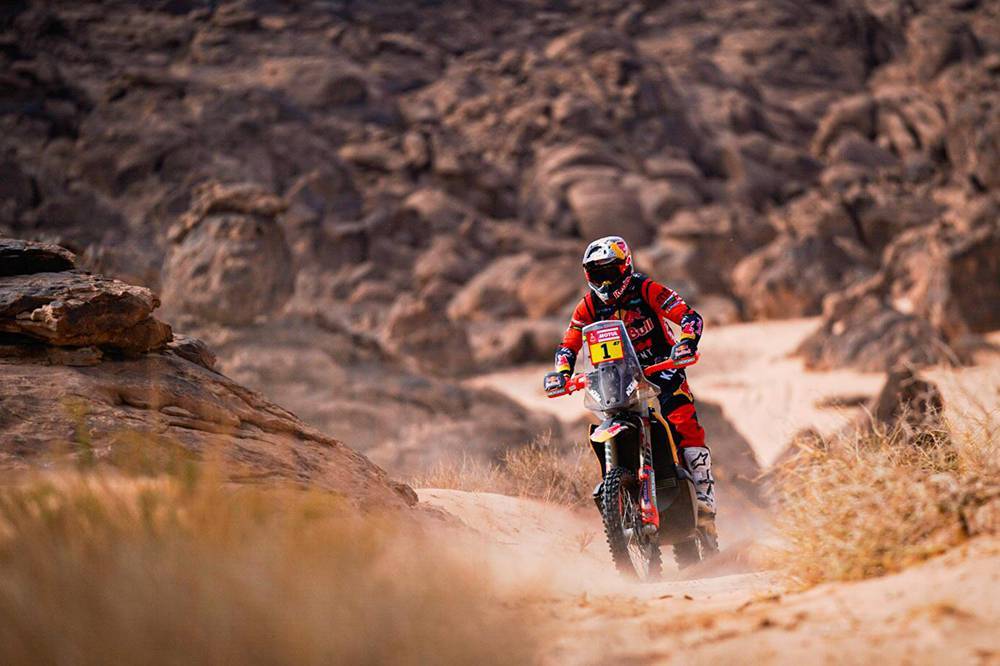 Daniel Sanders “Yewwww! Stage victory 🥇 first Dakar stage win ✅ super pumped with the day. A really wet sandy stage that challenged our navigation skills. I I didn’t make any big mistakes and got the win!! Tomorrow is going to the biggest challenge leading the race out on fresh tracks. 🤞🏼✊🏼 lessgooo”

Ricky Brabec “Possibly the toughest day in rally for me, everything was flowing and going great until it wasn’t. Couldn’t really piece together a few Km’s after doing a Good job opening a majority out there today and ended up losing a nice chunk of time. Sorry everyone and Rally Team HRC tomorrows a new a day and it’s only just begun… bummer 😖”

Toby Price “Today was a bit of a rough one, had a note in my navigation that didn’t add up so I ended up getting lost for about 45 mins, not the best way to start the Rally… but it’s only early days. Keep the head down and keep at it!” 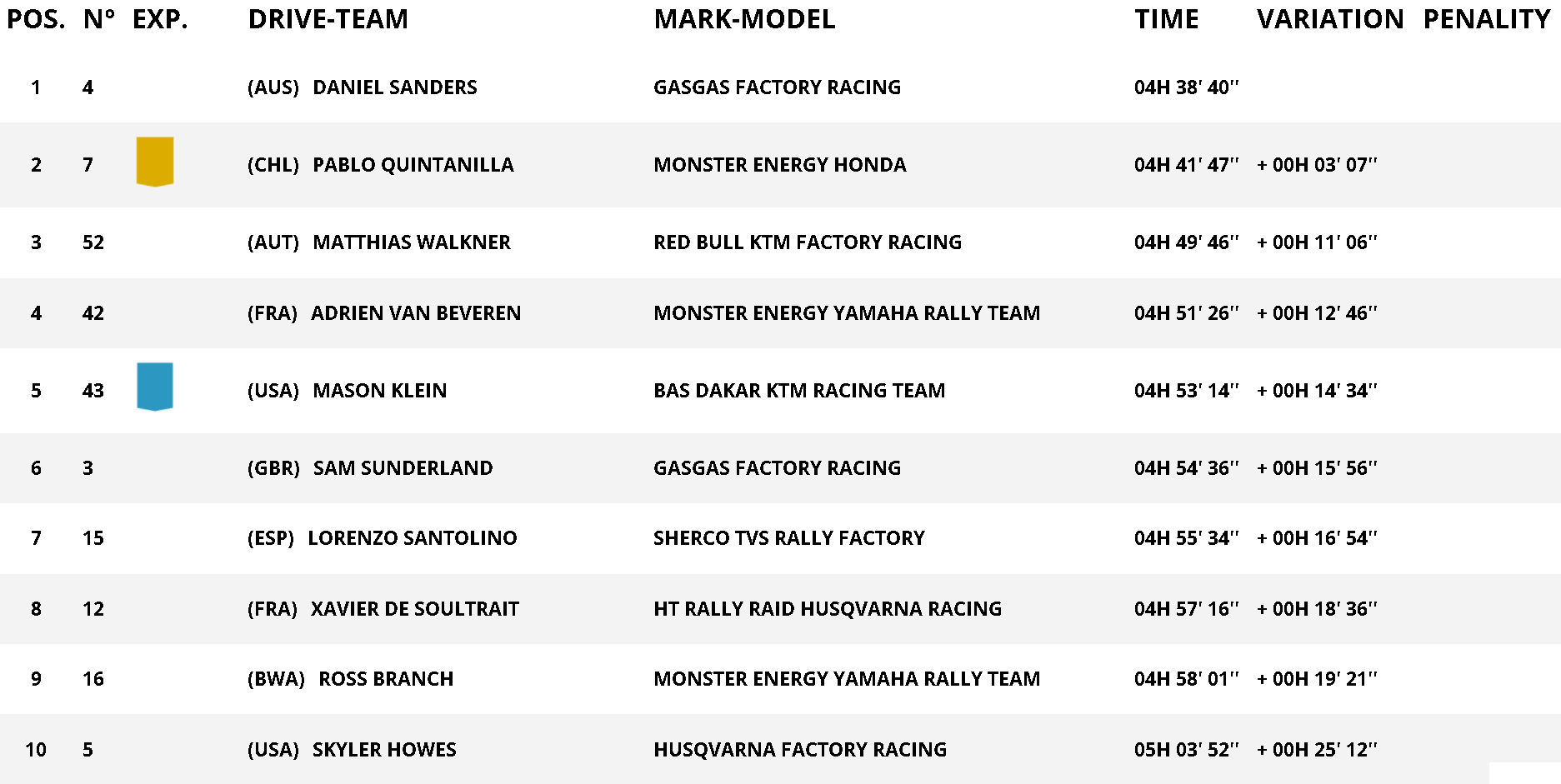