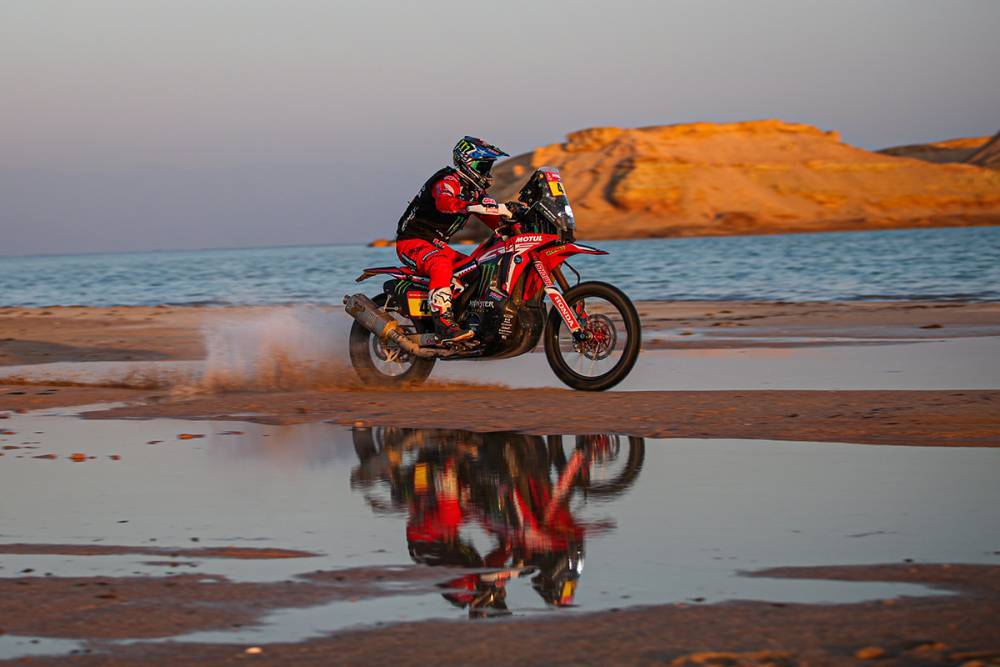 The day witnessed series of dramas for riders. First Yamaha rider Ross Branch had an engine failure which was beyond repair on his own. His Dakar 2021 adventure with his new team ended prematurely.

Second shocking news came from Toby Price. The Aussie had a crash around 155 km into the special and injured his left arm and shoulder. Several riders stopped to make sure he is okay and  gets the help that is necessary. The two time Dakar winner Toby Price airlifted to a hospital in Tabuk.

Unfortunately Toby Price was not the only rider who had a crash at today’s stage. Husqvarna rider Luciano Benavides also crashed after 242 km into the special and taken to the hospital with an injured shoulder.

His brother Kevin Benavides meanwhile was having a good day without knowing about Luciano until the finish line. The Argentinean won the stage by finishing it in 4H49’15” and moved up to 2nd overall.

Ricky Brabec was one of the riders who stopped to check on Toby Price and he spent around 20 minutes. After that time given back to him the American finished the day with P2

Our overall leader Jose Ignacio Cornejo had a brilliant day and did an exceptional job of opening a stage. He extended his lead against his rivals without winning the stage.

Ricky Brabec “Rough day out in the books today. Came up on the legend Toby Price down and out of it so that put a gut wrenching feeling in the program. We’re not giving up and we’re riding our ass off doing everything we can to get a podium spot. Tough rally and with 3 days left… Everything is possible!“

Sam Sunderland “Rough day, started off so nice along the sea but at km 155 or so I found my mate Toby Price crashed and in some pain. I tried to help until the helicopter arrived and then got going again. I managed to get into a good rhythm and then at km 260 hit a rock and crashed pretty heavy and damaged my Roadbook and GPS so had to wait for some other guys to follow with no Roadbook info it made for a scary day. Glad it is behind me and ready to fight until the end of this one!!” 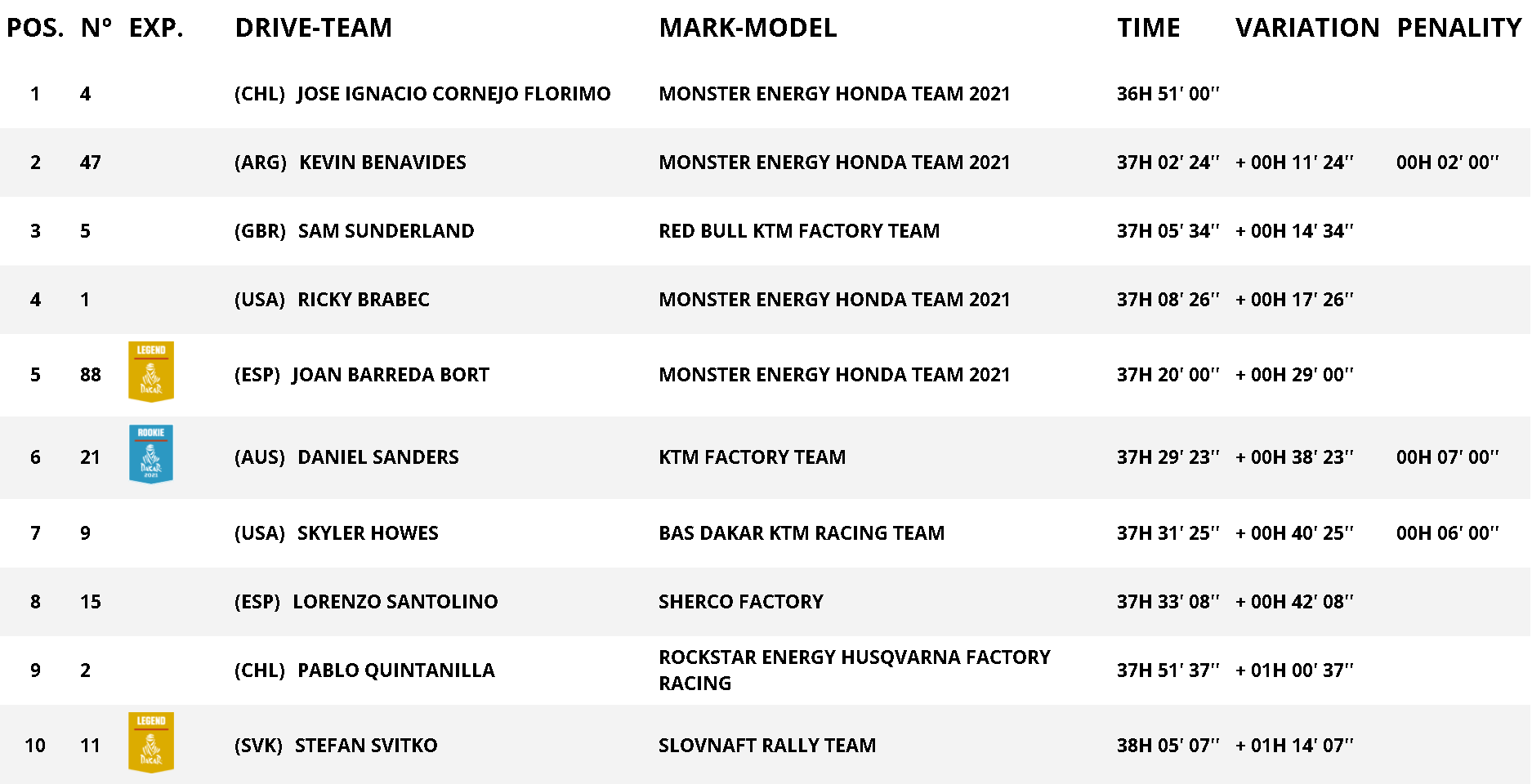