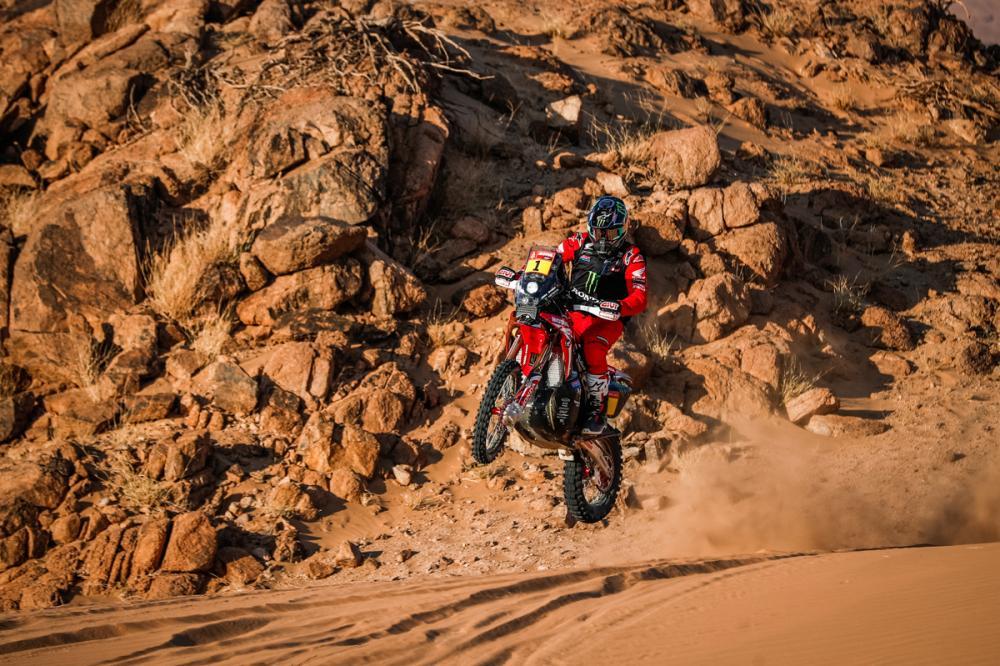 HONDA STAGED A STRONG COMEBACK WHILE KTM SUFFERED THE DAY

Stage 2 was a 685 KM route from Bisha to Wadi Ad-Dawasir, 457 KM of which was competitive stage.

After finishing day 1 on top, it was Toby Price’s turn to open the stage. Like the job itself wasn’t hard enough, he had a mechanical problem related to his rear fuel tank and suffered a huge loss against his rivals. Thankfully the problem wasn’t something hectic to his race and he managed to arrive finish line for the day. Toby came in with P28 by falling 32’00” behind the stage leader. He is now overall P16 after stage 2. A sequence of his struggle at the dunes caught on camera;

The day was even worse for his fellow team mate Matthias Walkner. Austrian had a mechanical problem at the start related to his clutch and wasted some 2H15′ even before giving it a go.  The damage was beyond recovery with one days work and he dipped by finishing the day with P57. Walkner is now P46 in the general classification. Here is a brief moment while he was working on his bike;

On the other hand it was all sunny for Team Honda and both reigning champion Ricky Brabec and fellow team mate Joan Barreda Bort put a great effort. They have recovered all damages from day one. Barreda finished the day on top with 4H17’56” and climbed on top of the general classification as well. Brabec came in P2, 3’55” behind and occupied overall P2 as well.

One other rider who suffered great loss on day 1 and able to recover it was Pablo Quintanilla. Chilean finished the day P3 and claimed the P4 overall behind Ross Branch.

Retirements of the day;

Pascal Bouchet, Pascal Rauber and Eric Blandin forced to join withdrawals after Sunday and the total number of retirements was five – with two earlier declaration from Willy Jobard and Jhon Trejos – before day two even started.

Andrew Short had a mechanical problem after 273 KM into the special. It was beyond fixing on his own and he had to retire. The American was airlifted by organization.

Toby Price “Today was difficult to lead out, the first 100km felt good and traded back and forth for the lead with Kevin but at the 300km mark I started to have an issue with the rear tank and the fuel wasn’t working so then I had to conserve running only the front tanks. Tough one but we’ll work on the bike this afternoon and we’re at another finish line so I’m happy! Still a long way to go.”

Ricky Brabec ” Long day in the flat out desert with our first sights of the dunes. Good day but also came from the back pack, hoping to latch on to the front sooner then later but as we know, hasn’t been a easy start to finding the rhythm.. “

Pablo Quintanilla “On today’s stage I felt very comfortable and I was able to ride at my own pace thanks to the good feeling I had with the bike. Although navigation is not easy, we are going step by step because that is how day after day we will go for more.” 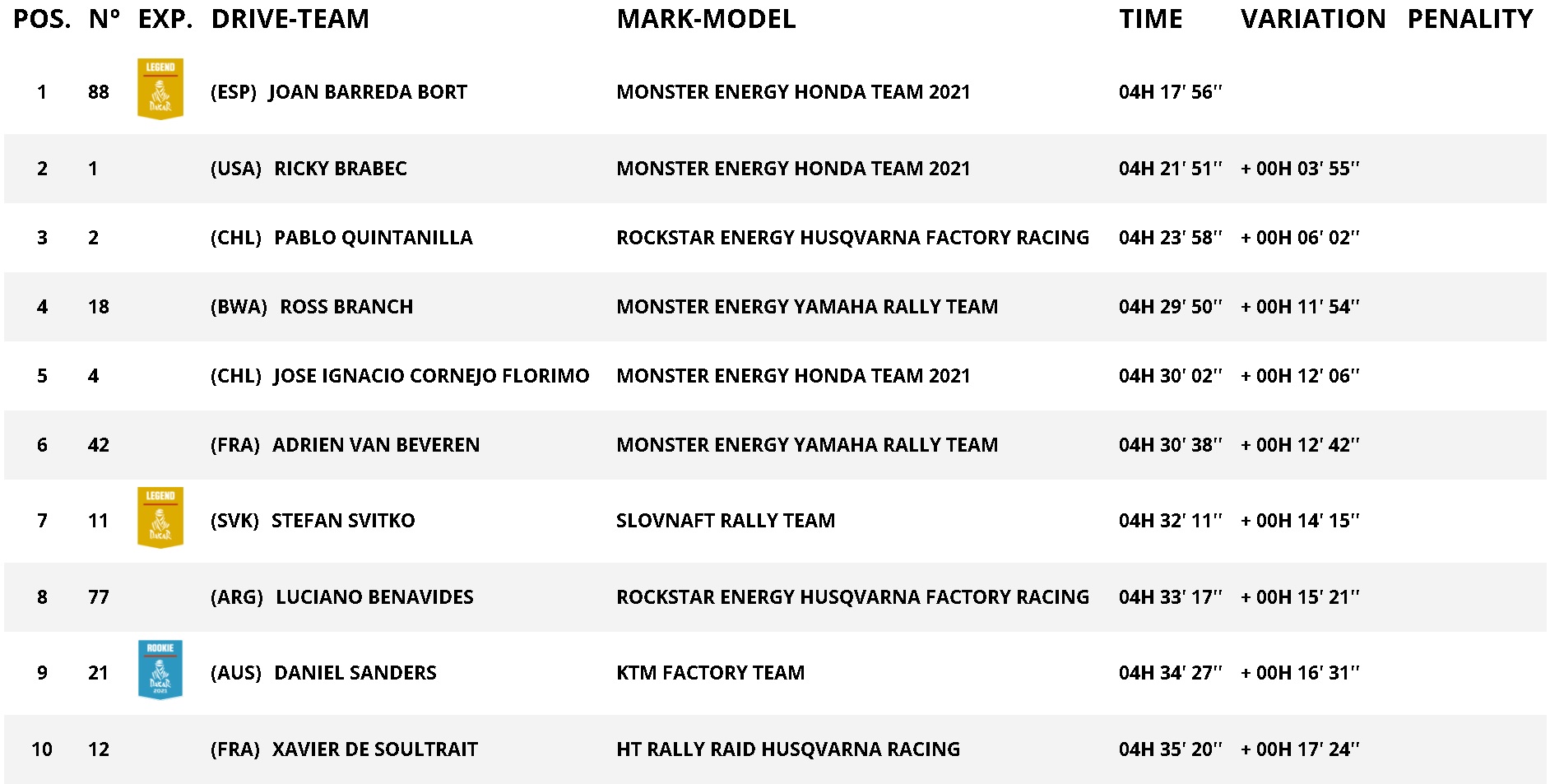 THE ULTIMATE CHALLENGE STARTED WITH TOBY’S WIN OVER THE STAGE