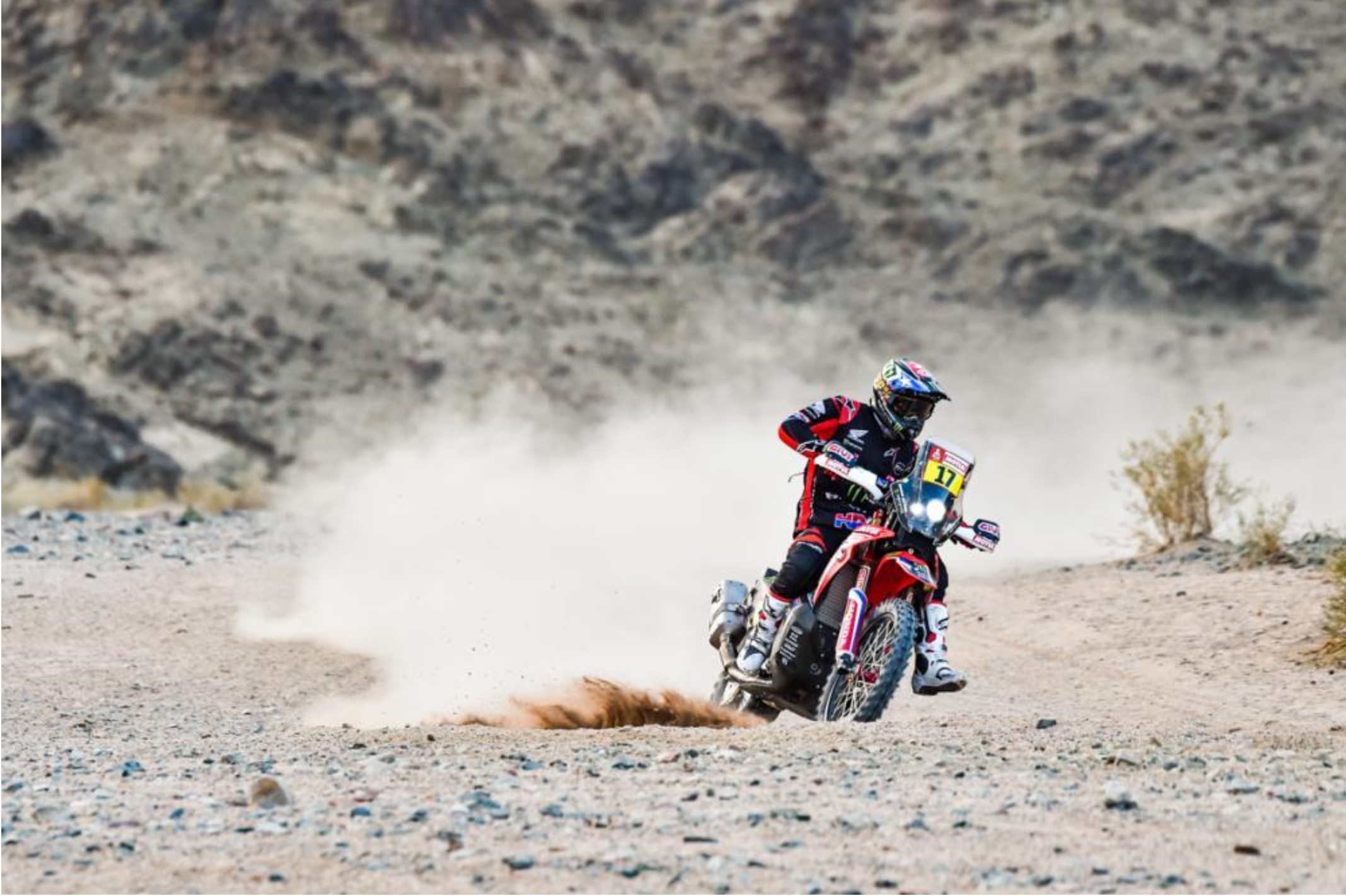 Stage 3 winner Ricky Brabec had a good start and was in lead quite a while but he was caught and passed as the stage continued. The loss wasn’t big though and he still leads the overall classification by 2m 30s.

Sam Sunderland was the provisional stage winner by 11 seconds but he then received a 5 minutes time penalty for “Speeding on the liaison sector” which dropped him to P8 for the day.

Ignacio Cornejo of Honda got his first ever stage win after Sam’s time penalty. He is followed by his teammate Kevin Benavides who came in P2 by 35s slower.

After having a terrible day at stage 3, Ross Branch was on fire Today. He came in P3 with just 55 seconds shy from the stage winner. Today’s performance carried him all the way up from P45 to P18 in general classification.

Ricky Brabec “Very long day and spent some kilometers with Ignacio navigating the way as some back up help. Very solid day for the team, stoked for the next few days.”

Sam Sunderland “5 minutes penalty after Today’s stage for speeding. We’re still positive, looking forward and feeling good. It’s early days and everything is working well so far. The bike has been working really well and I’m healthy, so we’re going to keep plugging away each day.”

Toby Price “Crazy amounts of different terrain and dusty conditions have made for another tough day, a real reminder that we’re at the Dakar Rally! As tough as today was I’m happy to have a consistent day with only a couple of little mistakes, we’re sticking to our plan and are in a great position with plenty more racing ahead of us!”