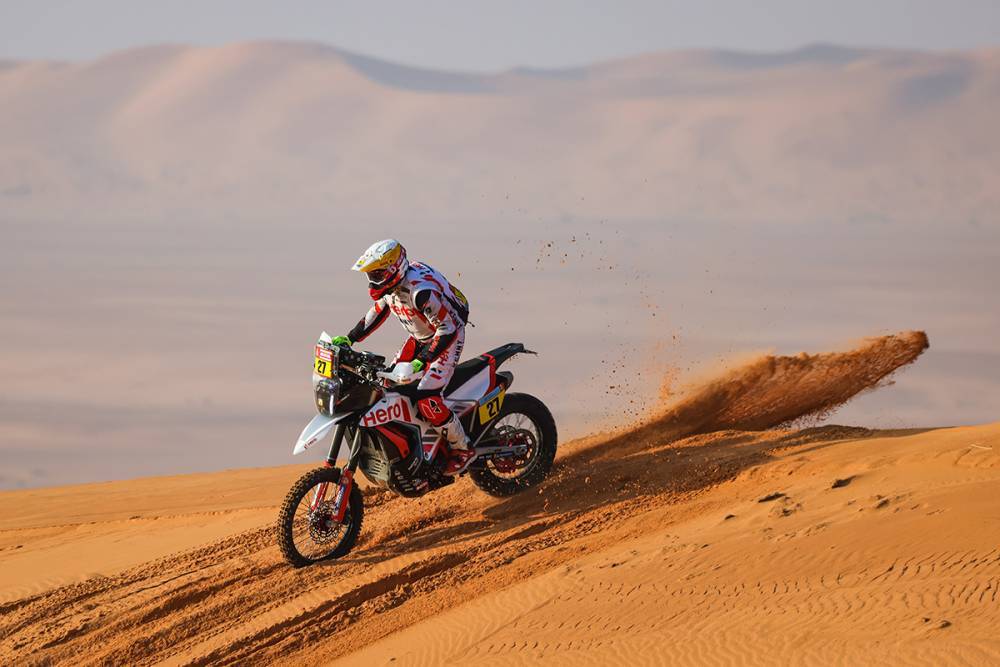 The day started with a modification to the stage due to the heavy rain received around Al Artawiyah. Stage 3’s special shortened by a hundred kilometers and it was 255 km for the day.

Stage 2’s unfortunate retirement Danilo Petrucci’s Dakar adventure thought to be finished for good but it turned out. Former MotoGP rider had to retire from the race only after 115km into the specials due to a suspected fuel pump failure. The Italian then airlifted upon his request and thought that was the end.

Petrucci was able to play his trump card and managed to line up for Stage 3 with a huge time penalty on his shoulders, 11’31”.

Today’s scout duty was on Stage 2 winner Joan Barreda and as expected it hit hard. After recovering more than 40 minutes and finishing the stage on top yesterday, Spaniard was only able to finish with P24 Today. He also lost 2 positions in the general standings.

Despite Joaquim Rodrigues was the fastest when he passed the finish line the eyes were looking Daniel Sanders to claim the day. It turned out that no one have ridden faster than the Portuguese and his Hero. Both Joaquim and Hero Team claimed their first ever Dakar stage win. He devoted his win to his fellow Portuguese rider Paulo Goncalves, who died during Dakar 2020.

Toby Price also worked on some damage repairing and came in with P2 for the day. The Aussie now sits in P14 general.

Adrien Van Bereven and Yamaha are having a strategically excellent rally so far as well as Sam Sunderland of Gas Gas. Both staying slower enough not to end up opening a stage and still leading the general classification. Sam is leading the genaral and it is just mere 4 seconds which splits him from the P2 contender Adrien Van Beveren.

This has been an epic rally so far with keeping the competition high as hell and we hope it would continue that way. On Stage 4 riders will face the longest special so far, 465km, from Al Qaysumah to Riyadh.

Joaquim Rodrigues “A good streak today without mistakes and a good pace from start to finish! Super happy with my first victory in a Dakar stage! This is for Paulo #8”

Toby Price “Good day today! Super fast stage so you can’t make up too much time… there were lines in the dunes you can see and follow so just tried to make it a clean stage. I had one off but nothing major, stay tuned for Stage 4.” 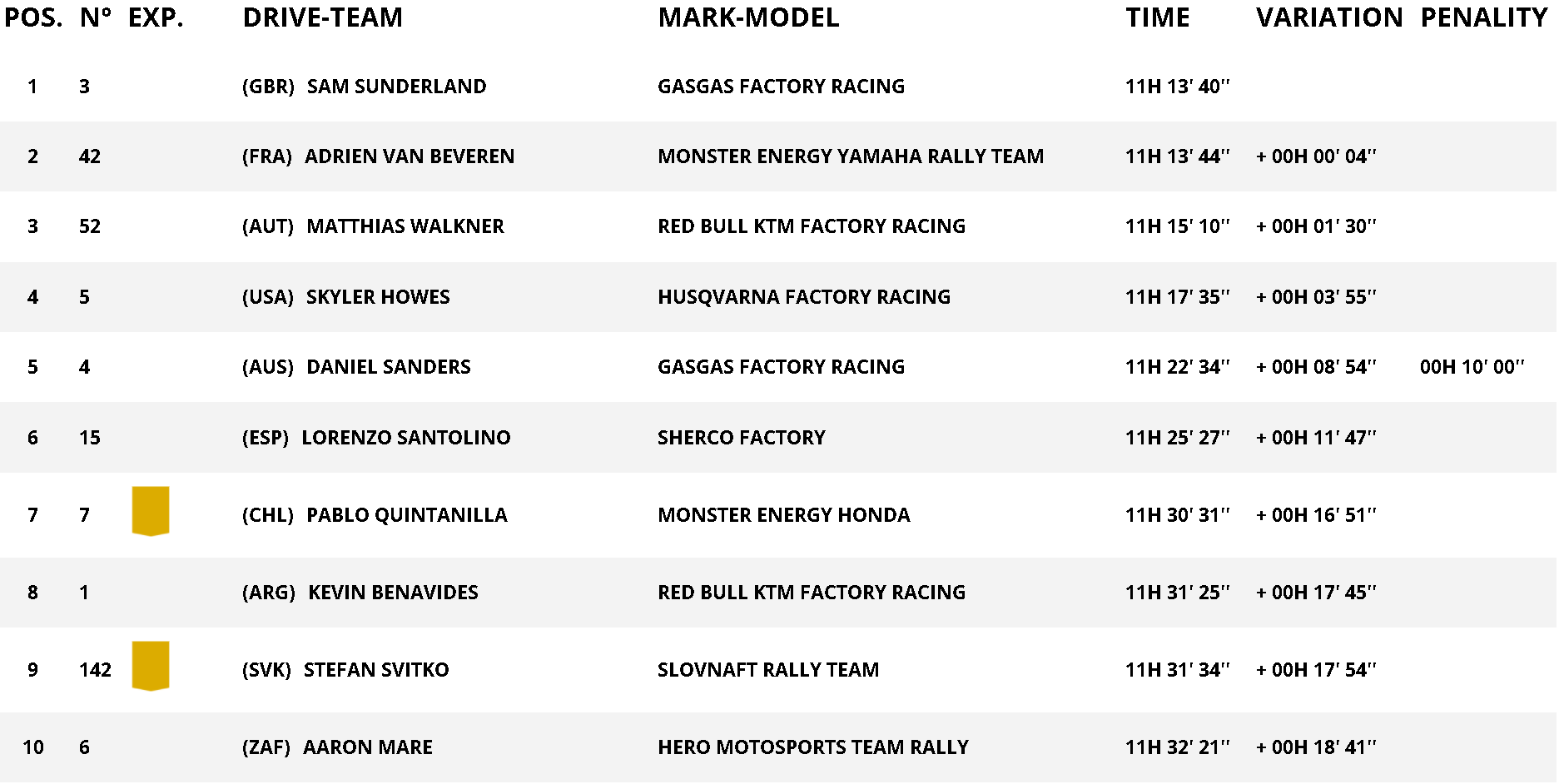