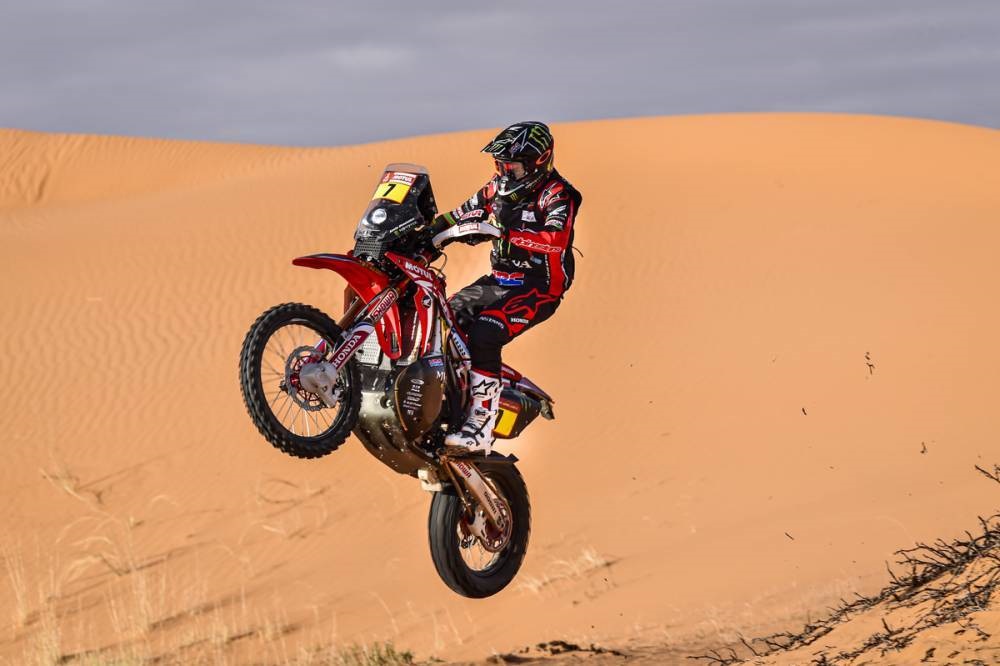 Stage 7 was a 741 KM route from Riyadh to Wadi Al Dawasir, 546 KM of which was competitive stage.

Stage 6 winner and overall leader Ricky Brabec opened the stage for another challenging day. After 161 KM into the special he was caught by his teammate Joan Barreda. Then his other teammate Kevin Benavides powered in and took the stage lead. Brabec quoted “‘The stage is going well. I had to open the track, so I’m not expecting to win and expand my lead today. I’m rather trying not to lose too much time. My teammate, Joan [Barreda], caught up with me and I think we’ll just spend the rest of the stage riding together. I hope to end the day on a high note, not to lose too much time and live to fight another day. My only goal for today is to make it to the finish.’ and he did so. He finished the day P5 with 04′ 52” behind from the stage winner, Kevin Benavides.

At the time Paulo Goncalves was riding in 4th place till he had a fatal crash. Toby Price, Kevin Benavides and Stefan Svitko stopped to help Portuguese. Their time of stop deducted by race control.