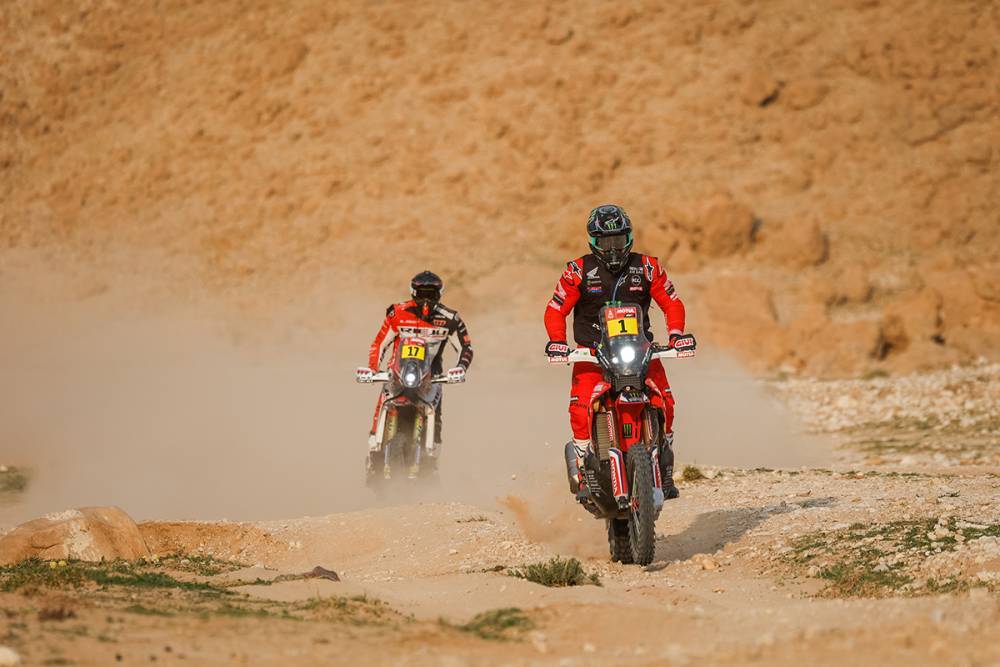 After a one-day pause Dakar resumed today and it was Joan Barreda, who hit the road first. As it has became this edition’s case, Barreda’s struggle to open the road caused him loosing 8’57” against the stage winner. The Spaniard came in P14 for the day and now holds P6 overall but he is still in striking distance.

Reigning champion Ricky Brabec was quite silent after winning the prologue but this was to change. He got the lead after 280 km into the special and hold tight on to it. The American won the stage by finishing in 4H37’44”. He is now P8 in the overall by just 14’52” behind the leader.

Toby Price was the 7th rider to set off today and got the lead in the first sectors but came short in the last bits. He trailed 5’55” off from the stage winner and finished the day with P7. He also lost the overall lead to Cornejo but it is just by a mere second.

Jose Ignacio Cornejo is our new overall leader as a result of his P2 performance today.

Sam Sunderland is building quite a rally pace for himself and he is doing it away from the spotlights. The Brit now occupies P3 overall by just 2’11” behind the leader. He did it without finishing any stage in top three and since navigation is crucial this might be a good place to be.

In 2020, Ricky Brabec was in lead after stage 7 and the difference was more than 24 minutes with the closest rival. We have 12 riders within 20 minutes in the general classification now and this is getting more and more interesting every other stage.

Ricky Brabec “Long day in the saddle after an early cold start. Definitely didn’t feel like we were finishing up front but it’s good to get this feeling.“

Toby Price “Marathon stage was good, 7th in stage and all in one piece! Bit of an underlying issue for us to sort out but all in all we are in a pretty good position with Stage 7 done, looking forward to another one…”

Sam Sunderland “General standings 3rd at +2 minutes, its a close old race this year! So far I’m quite happy with my performance and will just keep doing my absolute best and see how we end up!” 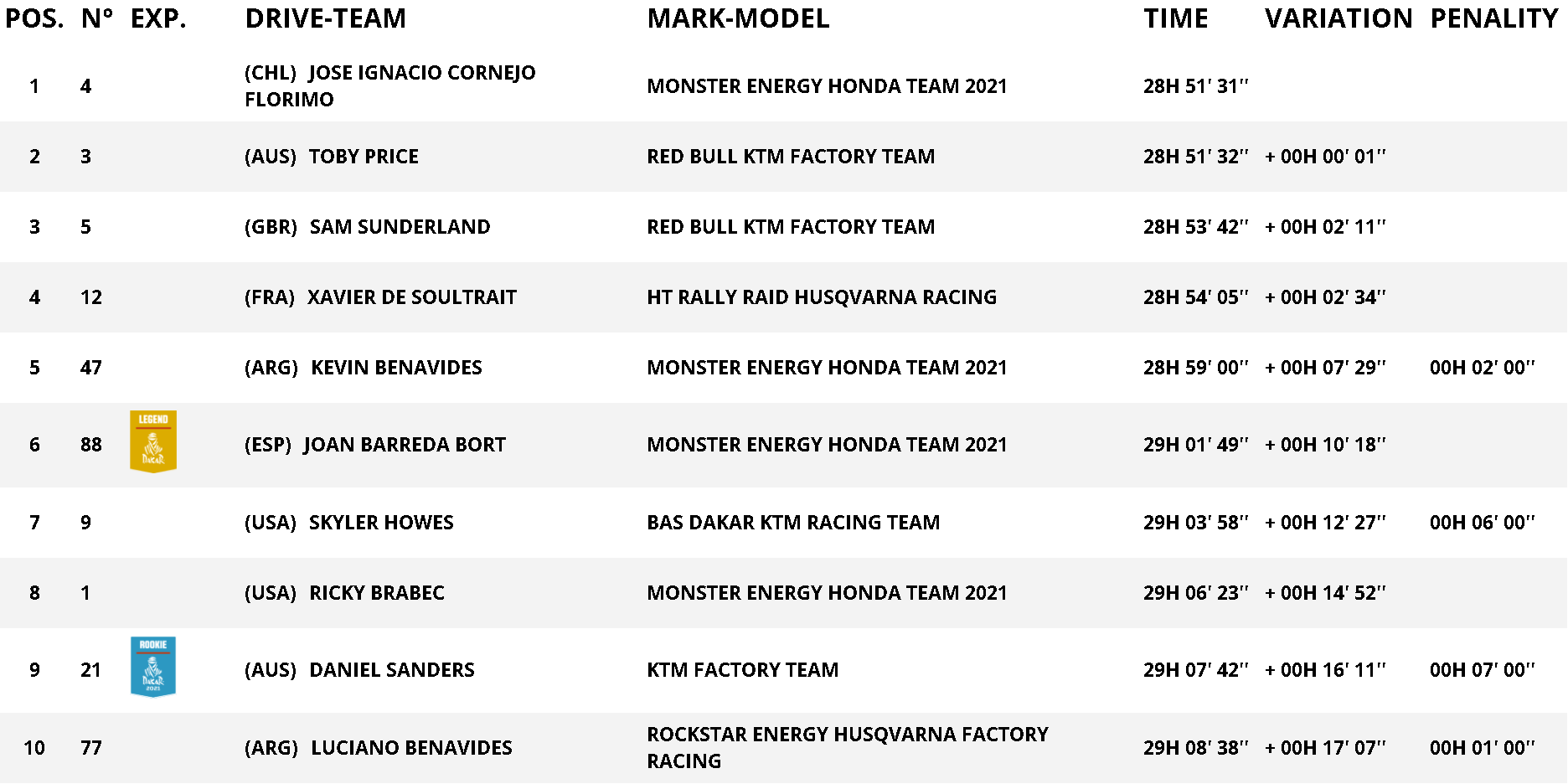