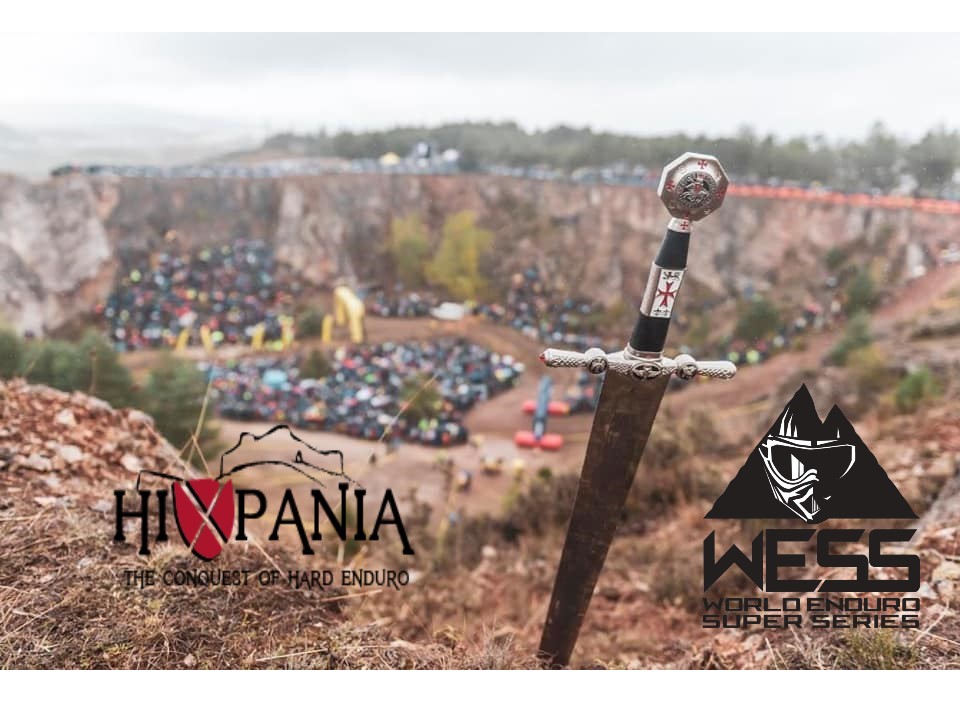 WESS (World Enduro Super Series) 2019 calendar was announced on 7th of December, 2018. Round 4 was provisionally proposed as a Classic Enduro race in Italy which was to be announced later on but the complicity to secure a venue in Italy moved the organisation into a different path.

Hixpania Hard Enduro, originally taking place in the autumn was offered and accepted to be the 4th round of the WESS 2019 as a summer event between 21-23rd of June, 2019.

Despite the dates, which was announced earlier as 11-13th October 2019, it will keep its format.

“We’re extremely happy to welcome the Hixpania Hard Enduro into the 2019 WESS calendar. It’s a race we have watched closely over the last number of years and can see how important it is for both the riders and the passionate spectators who come to watch. The format of the race is one which embodies a little bit of everything WESS stands for. It mixes Superenduro, Cross-Country and Hard Enduro seamlessly, all during one event. Although our initial goal was to host round four of the series in Italy, the difficulties in trying to find a suitable venue on that specific date regrettably made it impossible. However, we’re now looking forward to working with Fran Rico and his 5 Elements team and fully trust that they can deliver a memorable event for all to enjoy. We’re confident that Hixpania Hard Enduro will deliver some of this year’s standout moments of the World Enduro Super Series.”

“I’m looking forward to bringing Hixpania Hard Enduro into WESS. I really feel that we have a strong race and one that can stand shoulder-to-shoulder with all of the other events in the series. For those that know Hixpania, the format of the race remains exactly as it has done for the last three editions. The only change is the date, moving from autumn to summer. However, those that know Aguilar de Campoo will also know that due to its 1000 metres of altitude and location in the north of Spain, the weather in June is every bit as unpredictable as late October. We’re excited for this next chapter of Hixpania Hard Enduro and will work hard over the next four months to ensure everything is ready to deliver a world-class event.”