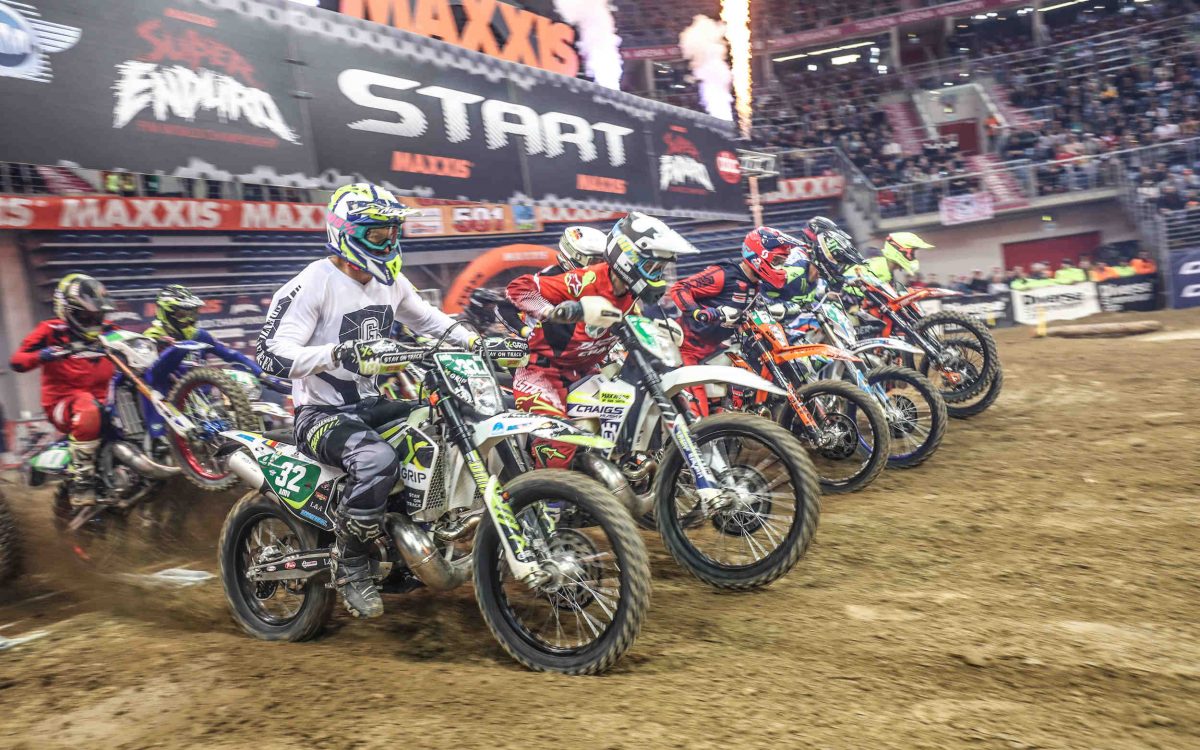 The week has started with a real good organisational achievement and hard work was the key to that. The scene was set to be hosting a real battle of the best riders.

Rockstar Husky Racing rider Alfredo Gomez (ESP) was back after he had to leave the 2018 season at Malaga back in February due to a knee injury and this was good news to the fans. On the other hand, Billy Bolt had an unfortunate crash during training session which he ended up a fractured left fibula. We wish to see him back on bike as soon as possible.

The Polish GP has beaten some Superenduro Championship records as well;

A new addition to the championship was launched as well. “Scott Best Lap” awards were given for the first time. In prestige class it was Taddy Blazusiak (POL) who got it with his 0’50”447 performance and in junior class it was William Hoare (GB) with his 0’57”843 performance.

At the beginning of the evening the thrilling SuperPole battle offered the 13,500 fans a taste of the furious action that would follow. Cody WEBB (USA-KTM) set the best time in the Prestige category, with his countryman Colton HAAKER (USA-HVA) at his heels. Demoting the local hero Taddy BLAZUSIAK(POL-KTM) to 3rd place. These three men seemed to place themselves as firm favourites for the night, even if the fans were a little worried to see Taddy ‘only’ 3rd.

Very quick in the first heat, Taddy BLAZUSIAK seemed to dominate. The Factory KTM rider’s performance bolstered by the incredible support from the Polish public, and at the halfway point he had already built a considerable lead over Cody WEBB and Colton HAAKER. The two Americans tried hard to keep up with the fast pace of the local rider but they had to settle for podium positions, particularly after a crash for HAAKER on the penultimate lap. BLAZUSIAK therefore won this first heat by more 11 seconds over WEBB.

The second heat, with the reverse grid start, put the pressure on the top stars to perform. But despite starting from the second row behind the gate, Taddy continued his push for home glory. In fact, the multi-champion was hot on the heels of the leaders after less than 2 laps. The Pole signed off his second victory of the evening, thrilling the Tauron Arena in the process. Rookie Kevin GALLAS (GER-HVA) lead the race early on but was closed down and passed by the American duo. But with Husqvarna’s HAAKER stalling his bike and WEBB falling just minutes before the end, they were forced to settle for 2nd and 3rd respectively.

Taddy BLAZUSIAK aimed to pull off a hat-trick and win three out of three in Krakow. But a shocking crash for the KTM rider at the start of the 3rd heat saw him dead last on the opening lap. With worried fans urging him on, the Pole made an astonishing comeback through the pack, all the way to 4th place. This last heat was won by Alfredo GOMEZ (ESP-HVA), the consistent Spaniard pleased to return to the top following injury last year. However, WEBB and HAAKER both challenged for race victory, each crashing at separate points on the track and leaving GOMEZ to romp home. BLAZUSIAK leaves Krakow after a near perfect night which saw him take the overall win and the 24MX Leader Plate by just two points over Cody WEBB. Colton HAAKER is 3rd after his strong start to the season. BLAZUSIAK will definitely be kept on his toes by his two main rivals at the German GP.

In the first race he chased David CYPRIAN (CZE-HVA) right down to the last corners of the race, overhauling him at the chequered flag, Norbert Levente JOZSA (ROM-HVA) closed out the top three. In the second heat with the reverse grid start HOARE won in front of CYPRIAN and Tim APOLLE (DEU-KTM). And leaving nothing to chance in the last heat, HOARE took victory by a decent margin in front of local rider Dominik OLSZOWY (POL-KTM) and David CYPRIAN.

The European class added extra spice to the Tauron Arena on Saturday night. After two very exciting heats it was Robert SCHARL(DEU-HVA) who took the number one spot in front of Paul BURY (FRA-BETA) and Thomas HOSTINSKY (SVK-HVA).

Billy Bolt Got Injured in Poland 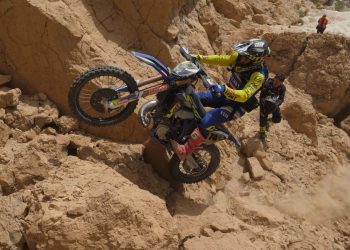