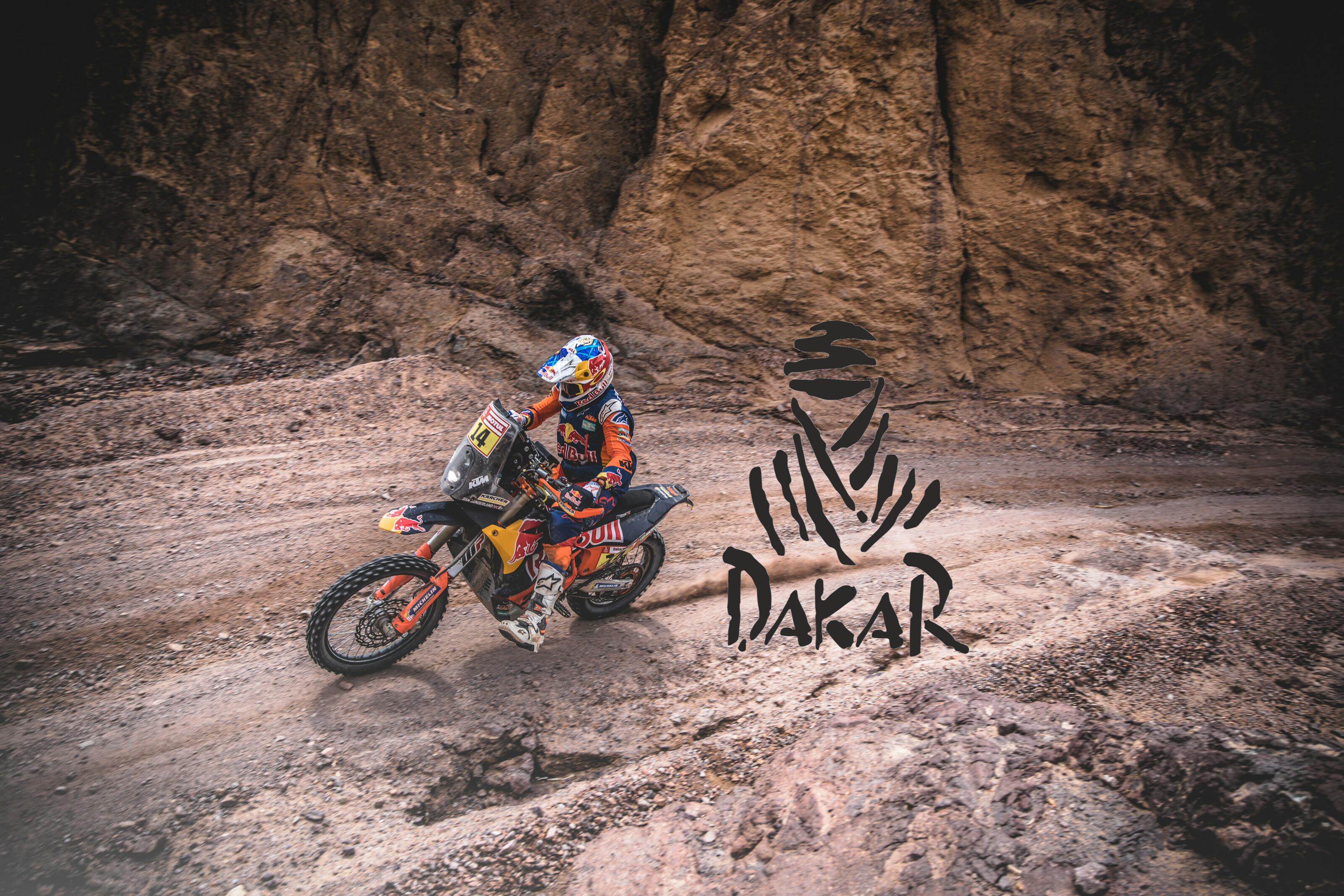 DAKAR Daily – STAGE 5 – What a Heroic Performance from Sam Sunderland!

Stage 5 for the bike category was a combination of 429 KM of road and 345 KM of special stage mileage, some 774 KM in total. The stage started from Moquegua and finished at Arequipa. 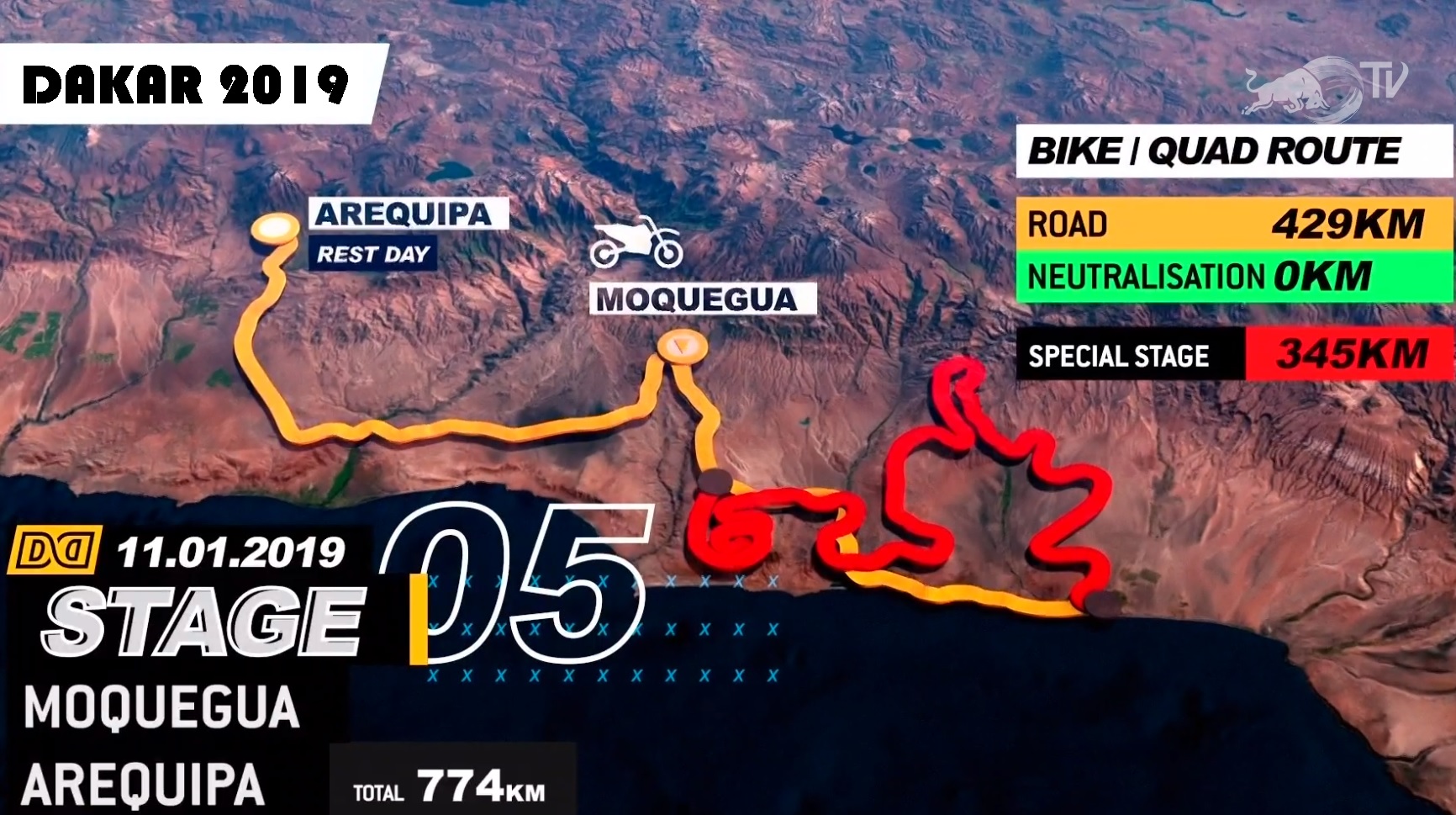 The scene was set to a spectacular start in the morning, motocross style, 10 bikes at a time on the beach for a real fast straight ahead.

KTM’s Sam Sunderland had a heroic performance both on and off the bike. Despite he had stopped and spent some time to check on Paulo Goncalves (PRT- Honda) after seeing he had a serious accident, Brit finished the day on top by 02′ 25” clear from Jose Ignacio Cornejo Florimo (CHL- Honda).

“Yea it was a really difficult stage, obviously mass start on the beach is cool for the cameras but little bit scary for the riders. Unfortunately, I was coming behind the guys and I caught to Goncalves and saw him had a big big crash. That was really scary and I stopped, called the helicopter and checked how he was. I stayed with him there for a while.”

“I stayed one night in the hospital as a precaution for dizziness, loss of sensation in the right hand and compression of some vertebra. Now I’m fine, I’ve been told that there’s no serious problem so now it’s time to recover well. My Dakar 2019 ended sooner than I expected. I felt good, I was riding with a steady pace to be able to guarantee a finish, but unfortunately, I fell. What is done is done, we can’t back on the past, so we have no choice but to move on.” 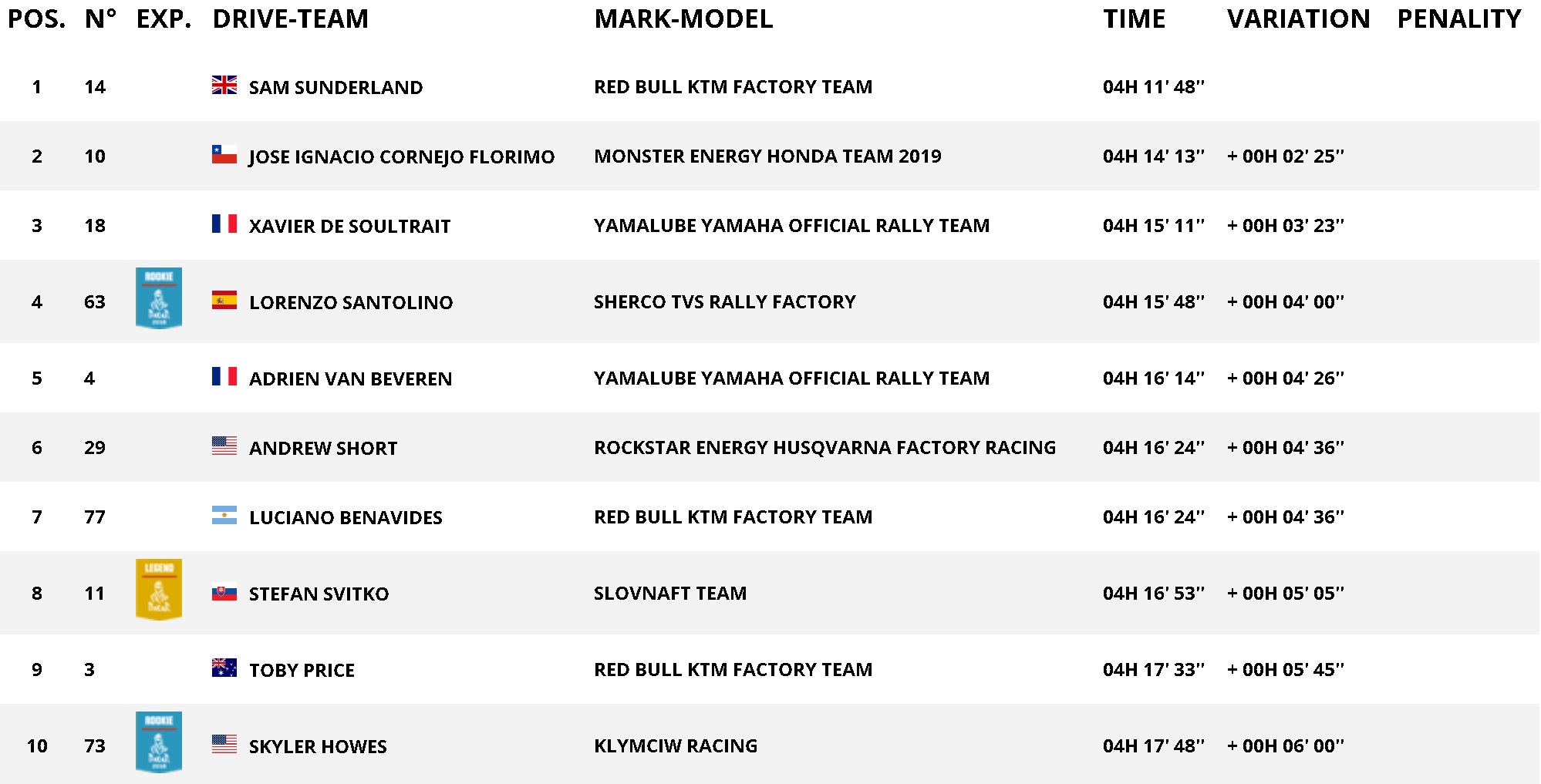 All competitor will take a day off on the 12th of January, 2019 at Arequipa. Rally will resume on 13th January.

BRITISH EXTREME – Round 1 TONG – What A Start To The Year For Graham Jarvis!