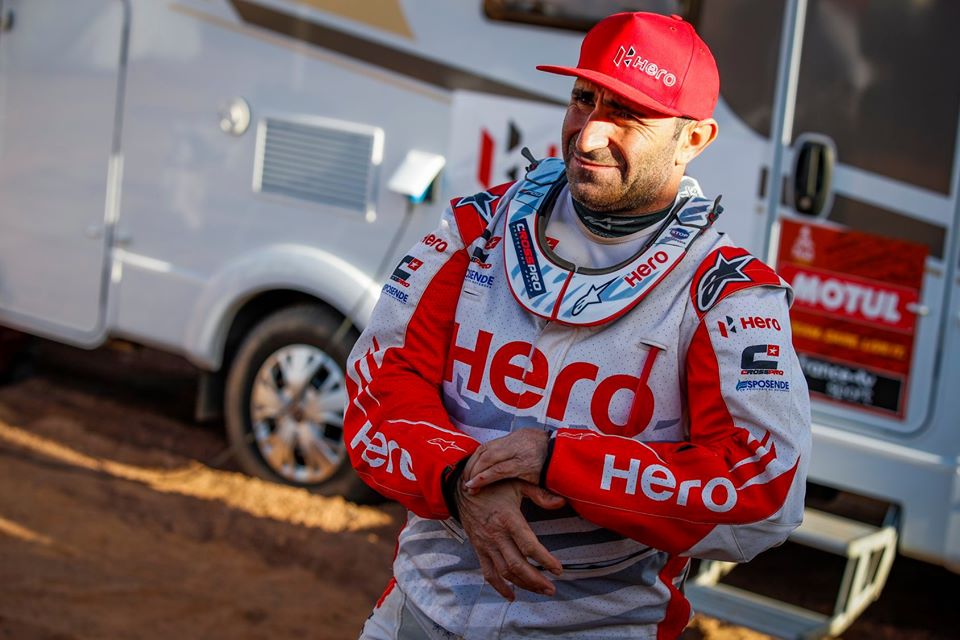 40 years old Portuguese suffered from a fall after 276 km into the day’s special. Receiving an emergency alert at 10:08 medical rescue team dispatched immediately and reached to the scene at 10:16. He was found unconscious with the cause of cardiac arrest. Following the immediate first aid and resuscitation efforts he was taken to the Layla Hospital. Unfortunately it was too late for him despite all the efforts and quick response.

Paulo had an engine problem on day 3 and for a brief moment he decided to exit but not long after he wanted to continue even it would cause a nonrecoverable time penalty. After 6 hours of work he resumed racing. Because it was important to gain experience for his team no matter what would be the results. None could have imagined this far. This video shows his struggle to continue…

40-year-old Paulo Gonçalves was taking part in his 13th Dakar. He made his debut in 2006 and had finished four times in the top 10, including an impressive performance as runner-up to Marc Coma in 2015. Paulo Gonçalves, the 2013 cross-country rallies world champion, was sitting in 46th place overall after stage 6 of the 2020 Dakar.

Ricky Brabec “Speedy, thank you for the memorable laughs, times, jokes, and most of all your friendship. On this day from here on out, millions of us will never forget… duuude. Prayers from ALL of us to your family and children…”

Toby Price “Worst day for the rally sport, rest and ride in peace Paulo, you will be missed by many! Thoughts and prayers go out to his family and friends! This one hurts and is tough to swallow.”

Joan Barreda “I still can’t believe this happened. I don’t even know what to say. You took care of me all these years as a brother. Memories of the immensity of hours we spent alone in the desert, taking care of ourselves 100 meters from each other, you will always remain in my soul. I love you Paulo…”

Matthias Walkner “That’s exactly how I will remember you Champ! (Mentioning Paulo’s photo with a Dakar trophy.) It’s so terrible. Results and the struggle for a top position suddenly moves very far into the background! Paulo was the one who stopped after my serious accident in 2016 and helped me. He was an incredibly nice, helpful and fair athlete – everybody liked him! A few days ago he told me that maybe it will be his last season. At the beginning of my career, he always gave me tips for navigating and we had great duels. Paulo was such a great person. It’s so tragic, I don’t know what to say…  My deepest condolences to his family and close friends.”